In the summer of 1995 six monks arrived in the southern Arizona desert to establish St. Anthony’s Monastery, carrying with them the sacred, millenial heritage of the Holy Mountain,Athos. Since early Christian history, this steep and rocky peninsula in northern Greece proved to be a haven for ancient Egyptian, Cappadocian, and Constantinopolitan monastics. Thus, it enjoyed a direct link with the greatest monastic establishments of ancient Christianity, preserving intact the wisdom of the holy fathers and the sacred tradition of the ancient Church. Today, the Holy Mountain consists of 20 independent monasteries, and numerous sketes and hermitages, housing Orthodox Christian monks from all over the world.

Elder Ephraim, a disciple of Elder Joseph the Hesychast, having restored and repopulated four Mt. Athos monasteries and having established several men’s and women’s monastic communities throughout Greece and North America, transferred six Athonite monks to the Sonoran Desert to start a new monastery. Upon their arrival the fathers began with the necessary construction work, building first the main church, living quarters for the monks, the dining hall, and guest facilities. A vegetable garden, a small vineyard, citrus orchards, and an olive grove dot the landscape. An elaborate system of gardens, pathways, and gazebos with Spanish fountains truly render the monastery and its extensive grounds an oasis in the desert.

The monastery follows the coenobitic rule of monastic life: a brotherhood of monks and novices holding all things in common follow a daily schedule of prayer and work under obedience to the abbot, their spiritual father. The monks’ daily program begins at midnight with personal prayer time and spiritual reading, followed by the cycle of morning prayers and the Divine Liturgy. After a light breakfast and a rest period, the monks begin their work day, attending to prayer and their tasks till evening. Tasks include, among others, construction, groundskeeping, vinedressing, gardening, woodworking, publishing, food preparation, and offering hospitality. The day ends with evening Vespers followed by dinner and Compline.
Read More
Powered by SmugMug Owner Log In 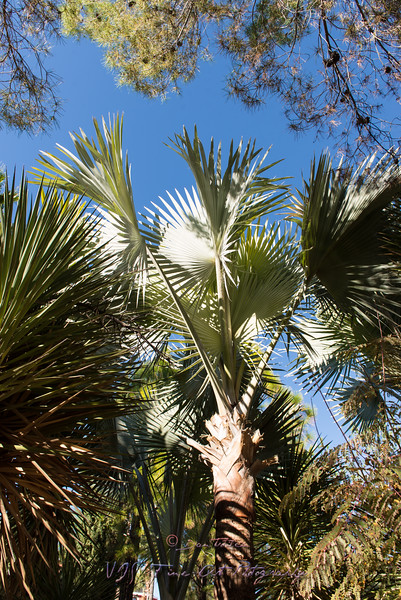